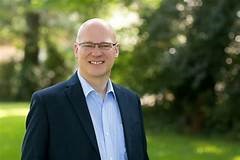 Covid vaccine rollout in Australia has been slow.  30% of Aussies don’t intend to get vaccinated and the other 70% are in no hurry because Australia’s shutdowns have been successful.  Until the majority of Aussies are vaccinated, the country’s borders will not reopen.  It could be mid-2022 before Brent Kooi is able to move.

In Brent’s most recent update, he shared that he is thankful God is providing him meaningful work here while he waits.

Six young adults recently finished the Birmingham Missions Cohort (B-MC), a ministry of MTW.  Some of the participants are exploring long-term missions.  They all are looking for opportunities to live missionally among internationals in their cities.

Brent is planning to develop a Jackson Missions Cohort (J-MC) that would take place in the Fall.  Brent is working to assemble a committee in Jackson to develop and facilitate the J-MC. Most of the hard work is already done because they would be able to use and build upon the Birmingham program.

Pray for J-MC to equip future missionaries in Jackson.

Pray that Australia’s borders would open sooner than expected.

Pray that God would continue to encourage Brent and give him purposeful ministry work here in Jackson.

To learn more about Brent Kooi and his work with MTW, go to:  Praying for Missionaries.