This week’s video from the kids’ Upside Down Series “Jesus Stories: the Gospel Of Luke”

Scroll down to find Scriptures, Discussion Questions, and Prayer Guide. 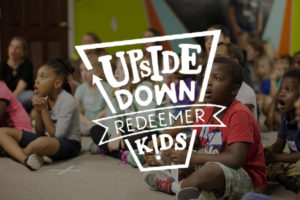 WHAT (what did we learn from God’s Word?)

SO WHAT? (Why does it matter?)

NOW WHAT? (What difference does it make in my life?)

In Case You Missed It: